“Maybe we’re a little hardline when it comes to language in particular, because language is the essence of everything. We don’t want to lose our Assyrian language; we’ve been speaking it for thousands of years. We will continue to preserve it and to teach it to the coming generations.”

Rima Oshana recalls some of the different social occasions celebrated by the Assyrians in Hassake province in eastern Syria. The Assyrian New Year, for example, called Akito, is usually celebrated on the first of April. “We would gather outside in a natural setting, on Abdel-Aziz mountain, and have a picnic with food and sweets surrounded by our families and friends, and dance folkloric Assyrian dances. Sometimes couples would also celebrate their weddings on that day. A lot of different communities in Hassake, including Kurds, Arabs, Muslims and Christians, would also join us in the celebration.”

One of the important religious holidays the Assyrians celebrated without fail was Mar Odisho day. “On Mar Odisho day, celebrated on the fifth of August, worshippers would come from all over Syria and other parts of the world to Mar Odisho church in Tel Tal village. They would spend the whole night in the church or set up tents just outside of it if there wasn’t space inside for everyone. There would be rounds of prayers, ceremonial lighting of candles and people would make wishes and vows. The next morning, there would be a mass, after which people would receive the Eucharist with the priest. Then, outside the church, people would make offerings to one another, pieces of sweets or other things. They would partake of dakhwa, a special Assyrian dish, either at the houses of friends or at the home of anyone who had opened their door to receive visitors in the village.”

Hassake province was demographically diverse, and included Kurds, Assyrians, Syriacs and others. The closest people to the Assyrians, ethnically speaking, were the Syriacs and Chaldeans, with very similar cultures, customs, and even languages. In general, however, the Assyrian community was well-integrated and enjoyed good ties with everyone and there was no sectarian or ethnic discrimination among all the different groups. “My best friend since the age of eighteen,” recalls Rima, “is Muslim, and we are still friends to this day. Though we now live in separate places, we are in constant communication. During Ramadan, some of my friends would invite me to share the suhoor meal with them, or to come to their homes for iftar, and I would in turn invite them to share in our Assyrian celebrations.”

Some Assyrian customs and traditions have been passed on since ancient times, such as those that dictate wedding celebrations. Rima talks about the tradition of eloping, which took place, says Rima, “if one of the families refused the marriage. The couple, without the knowledge of their parents, would be hosted by another local family until the wedding could take place in a church. Then they would send word to their parents, letting them know that the marriage had taken place, and usually, after some time had passed, the couple would be forgiven and would go on to live a normal life. Sometimes, however, if one of the families insisted on forbidding the union, especially if the fiancé were from a different religion, then conflicts would break out that sometimes even ended in killings.”

Traditional Assyrian weddings once lasted for seven days and seven nights, but recently they have been shortened to a celebration that takes place over a single evening, usually in a restaurant or celebration hall. Some particular rituals, however, have never gone away, such as the group dabke dance to Assyrian music, and the tradition of the ashbeen, whereby a group of young men and women dressed in the same clothes and colors would accompany the bride and groom. Someone at the ceremony will usually recite Assyrian sayings and proverbs, and some of the wedding guests, particularly of the older generation, will wear traditional Assyrian dress.

The Assyrians are very careful to maintain their language, an ancient tongue that they have been passing down from generation to generation over thousands of years. “Maybe we’re a little hardline when it comes to language in particular, because language is the essence of everything. We speak Assyrian inside our homes and with our relatives. We've managed to preserve our language over thousands of years, and we will continue to do so by teaching it to the coming generations.”

Rima recalls the mass migrations from the Assyrian villages due to the drought and the economic impact it had on families in the area. As people lost their main source of irrigation for their crops, the size of their livestock herds shrank as well, leaving families economically devastated. “The Assyrian villages on the banks of the Khabur River were cut off from their main water supply when they deviated the river, and many of our young people left their villages looking for a better way to earn a living. A huge number of young people have left our village, Tal Jamaa, over the last ten years, and today there are barely twenty families left, mostly elderly people.” 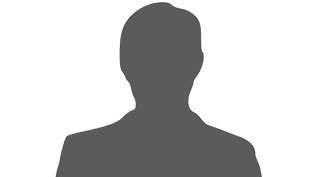